In April 2022, Schonstedt Instrument Company attended the United Nations Mine Action Service: ‘Safe Ground, Safe Steps, Safe Home’ symposium, where it was presented with a Certificate of Appreciation for its humanitarian contributions to global demining.

To date, Schonstedt has deployed over 600 detectors to humanitarian demining efforts worldwide, at no cost to the receiving countries (other than shipping and handling). This covers over 30 countries around the globe and is an ambitious and valuable program that is made possible through vision, collaboration, and a network of donors.

Clearly, it is incredibly dangerous for those living in the 65+ nations where mines or explosive remnants of war remain buried or hidden. Demining programs to find and disarm these weapons are complex to coordinate, and require the collaboration of governments, humanitarian agencies and dedicated stakeholders worldwide.

Schonstedt’s innovative humanitarian demining partnership involves the United Nations Mine Action Service (UNMAS), Schonstedt Instrument Company, the US Department of State, and the Religious Society of Friends (Quakers). All have come together to raise funds to donate magnetic locators to mine action programs around the world.

April 4th has been the International Day for Mine Awareness since 2015. The focus of the 2022 symposium was on the impressive achievements of the global mine action community.

The event hosted a diverse audience from the New York city area with an agenda that consisted of statements, videos, testimonies, and updates from those in the mine action community. These included affected and concerned Member States, senior United Nations officials, deminers, and survivors of explosive ordnance incidents. The purpose of the symposium was to demonstrate the profound contributions that the mine action community has made. The community remains dedicated to its goal to attain a mine-free world, since the International Campaign to Ban Landmines was founded 30 years ago in 1992.

Ms. Wendy Hart, Marketing Director with Schonstedt Instrument Company, received the Certificate of Appreciation on behalf of the company: “To be recognized for our efforts is an absolute honor,” Hart said. “And it is quite a program. Being able to give back to the communities in need and come to work every day knowing that you’re helping to make a difference in the world is something we’re all so massively proud to be a part of.

“Having the opportunity to partner with UN Mine Action Service and The US State Department is also instrumental in expanding our reach so much further beyond West Virginia and our core markets. We’re delighted that we are making such a worthwhile contribution to global demining and the saving of lives.” 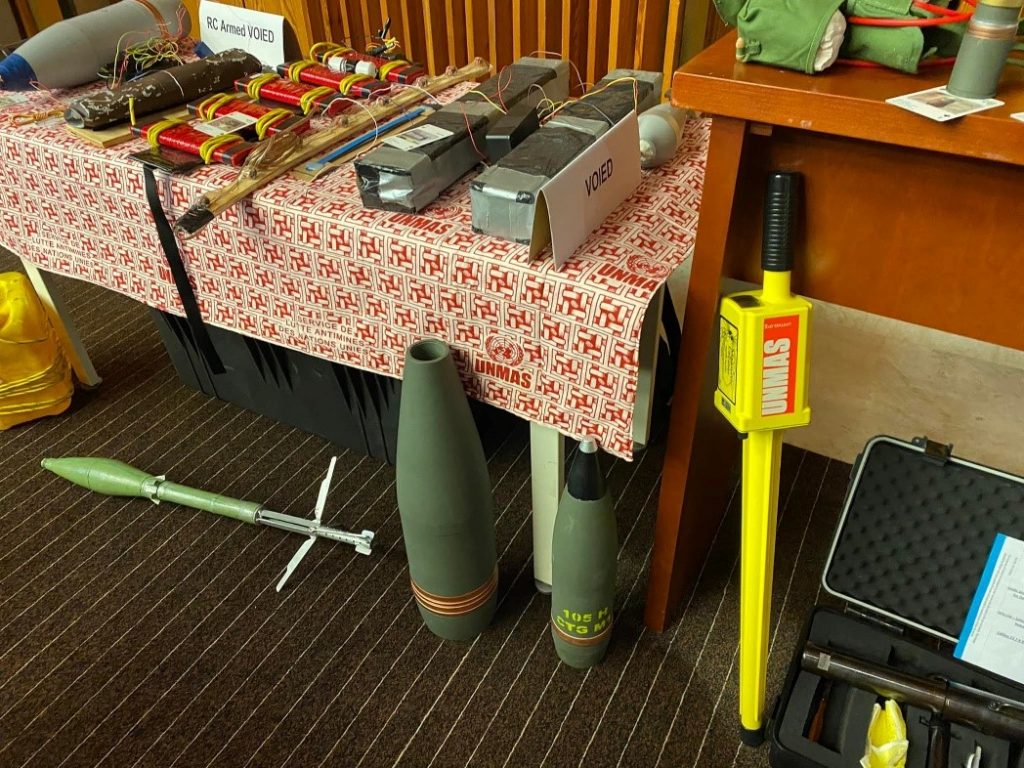 Schonstedt Instrument Company has been making detectors since 1953, and the company’s Magnetic Locator is adept at detecting buried landmines, cluster bombs, Explosive Remnants of War (ERW), and other unexploded ordnance (UXO). However, it can be cost prohibitive for nations with smaller budgets. It is because of this that Schonstedt conceived its humanitarian demining initiative.

For more than a decade, Schonstedt has deployed its life-saving equipment around the world. The implementation of magnetic locators are made in the name of donors, whether a group or individual, and each donation represents a palpable contribution to humanitarian demining.

The company also matches donations; for every magnetic locator purchased for the demining program, Schonstedt matches this donation unit-for-unit. The mission is to deploy these locators where they are most needed in the world and where it may not otherwise be possible.

Buy a Schonstedt, save a life

Mr. Paul Clegg, VP of Investor Relations & Communications with SPX says, “We’re incredibly proud of what we’ve achieved – our longstanding commitment to demining has made a tangible difference to the lives of many. Along with our trusted and valued partners who have helped to make this possible, we can say with certainty that we’re having a substantial impact on reducing the amount of people injured or killed by these deadly underground explosives.”